The River That Wolves Moved

A True Tale from Yellowstone

Long before its establishment as a national park in 1872, Yellowstone was home to the gray wolf, as well as other large predators. But the relationship between human and wolf has always been a tense and complicated one. Predator control programs were developed and, by the mid-1900s, wolves had almost been entirely eliminated from the region and even the lower United States. The removal of even one strand of an ecosystem's complex web can have a ripple effect, though. 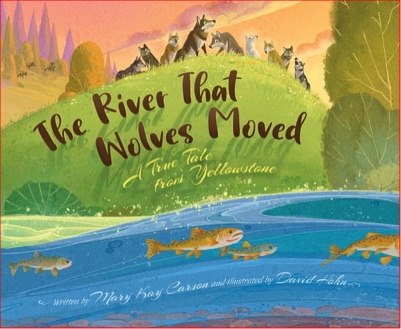 Using the structure of "The House that Jack Built," science writer Mary Kay Carson shows the interconnectedness of the wildlife that lives in a place and how the presence (or absence) of a single species can impact an ecosystem so that the physical landscape itself is altered. Engaging text and colorful detailed artwork make the natural science understandable and accessible to young readers.